Karpathos (Greek: Κάρπαθος) is the second largest of the Greek Dodecanese islands, in the southeastern Aegean Sea. Together with the neighboring smaller Saria Island it forms the municipality Karpathos, which is part of the Karpathos regional unit. From its remote position Karpathos has preserved many peculiarities of dress, customs and dialect, the last resembling those of Crete and Cyprus. The island has also been called Latin: Carpathus, Italian: Scarpanto, Turkish: Kerpe.
History
The island was both in ancient and medieval times closely connected with Rhodes. Apollonius of Rhodes, in his epic Argonautica, made it a port of call for the Argonauts travelling between Libya and Crete. The island is also mentioned by Virgil, Pliny the Elder and Strabo. Karpathians fought with Sparta in the Peloponnesian War in 431 BC and lost their independence to Rhodes in 400 BC. In 42 BC the island fell to Rome. After the division of the roman Empire the island joined the Byzantine Empire. By 1304 Karpathos was given as fief by the Emperor to the Genoese corsairs Andrea and Lodovico Moresco, but in 1306 it fell under Andrea Cornaro, a member of the noble Venetian Cornaro family. The Cornaro controlled Karpathos until 1538, when it finally passed into the possession of the Ottoman Turks. Under the Ottomans the island decayed deeply.

In the years 1821-22, during the Greek War of Independence, the island could free itself.
Location & Climate
The island is located about 47 kilometers southwest of Rhodes, in the part of the Mediterranean which is called, after it, the Carpathian Sea (Latin: Carpathium Mare). The Sea of Crete, a sub-basin of the Mediterranean Sea, has its eastern limit defined by the island of Karpathos. The weather station of Karpathos alongside Ierapetra holds Greece's highest annual mean temperature, 20.1 °C (68 °F) (1950–1960, 1970–1975).
Transportation
Karpathos Island National Airport, with its relatively large runway, is located on the south side (Afiartis area). Karpathos is connected to neighboring islands and to the mainland via ferries and airplanes. The ferries provide transport to and from Piraeus (via Crete and Rhodes). Scheduled domestic flights connect the island with Rhodes, Kasos, Crete and Athens daily. Additionally, charter flights from various European cities are frequently scheduled during the high season (April–October).
Within the island, cars are the preferred mode of transportation. The port, the airport, the main villages and other popular locations are connected by an adequate system of municipal roads, most of which are paved. During the summer months, small private boats depart from Pigadia to various locations daily, including Olympos (via Diafani) and some inaccessible beaches. Fixed-rate taxis (agoraia) and municipal buses are also available all year long. 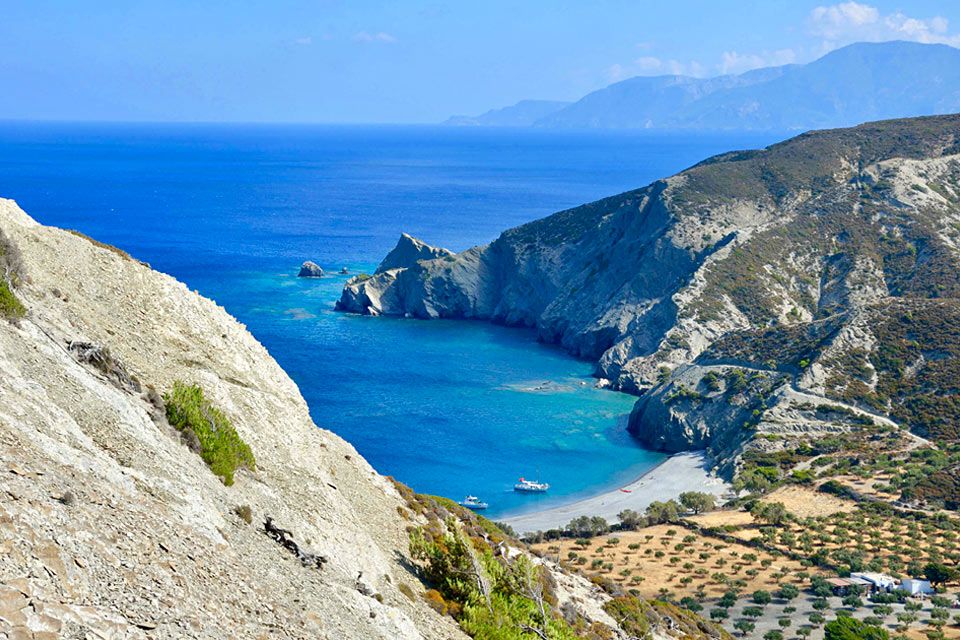 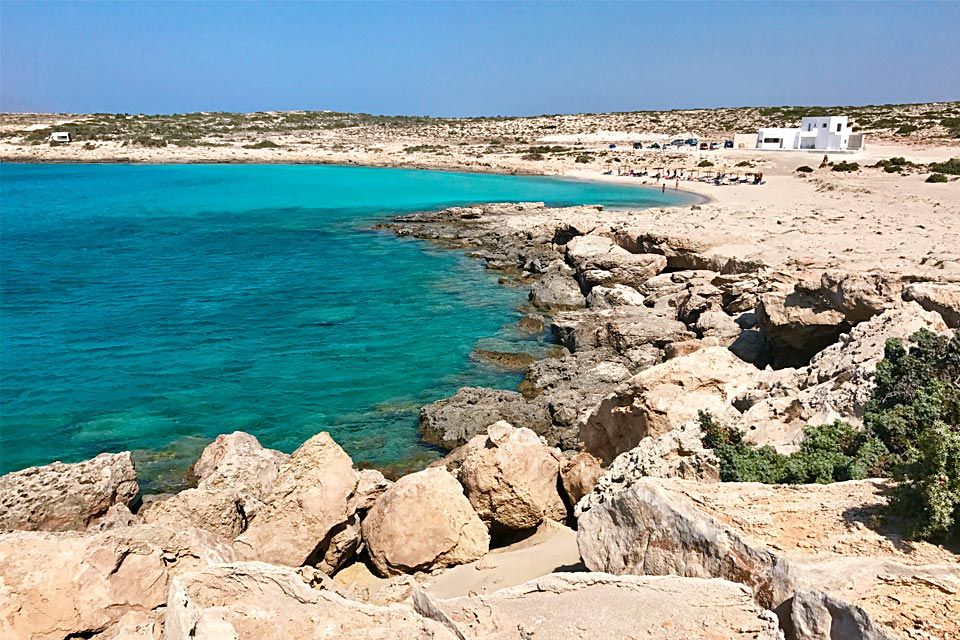 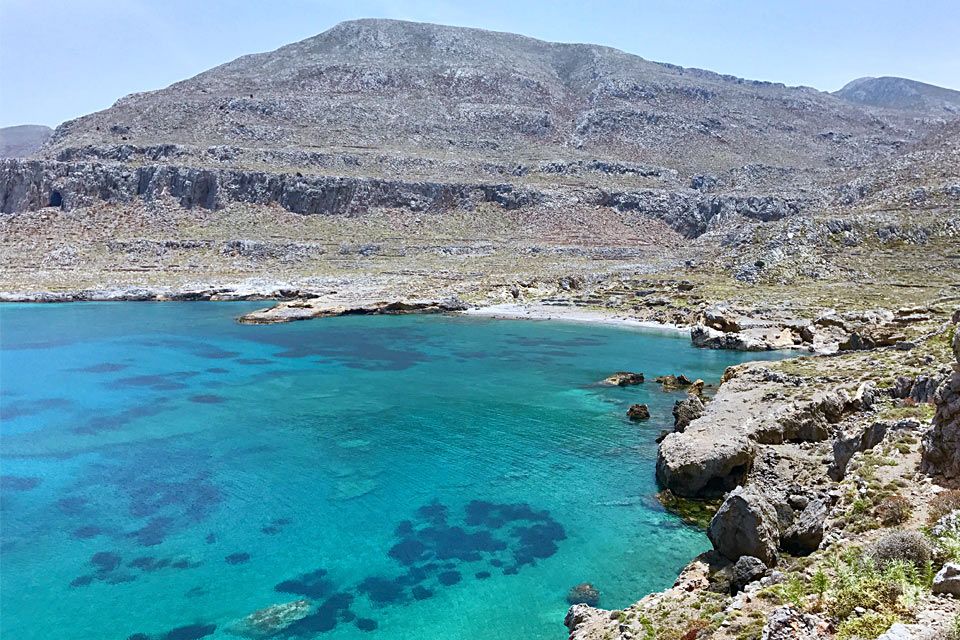 Some of the best beaches in Greece